The Fight Against Bullying

How to fight bullying Defining the phenomenon of bullying can be hard, however the broad definition of bullying is that it is an ongoing and deliberate misuse of power in relationships through repeated verbal, physical and or social behaviour that intends to cause physical ,social and or psychological harm. Bullying can be at an individual level or within a group setting.

In our understanding of bullying it is important to understand that in everyday life there will  be robust engagements, disagreements  and single sided social rejection. However, we must not fall into the trap of labelling such incidents as bullying incidents. Important factors in understanding  bullying as a phenomenon are the characteristics; that there is an  imbalance or perceived imbalance in power dynamics. The fact that the act of bullying is ongoing or has the potential to be ongoing and the person being bullied feel that they are unable to stop bullying from happening.

Bullying can be overt  as well as covert ; overt in that it can be physical. Bullying can also be covert  and this form of bullying is prevalent in current society . The covert aspects of bullying in most cases can be indoctrinated as organisational culture or hazing in a school setting. Bullying exists in all aspects of life, from the workplace ,social settings, schools and even in families and this can be correlated to the deterioration of social norms and networks. Perhaps another covert way in which bullying is perpetuated is when people witness such acts of bullying ,people often times do not speak out against such acts. Also an important aspect to consider in modern society is the fact that in the advent of technology, there  has been a rise in cyberbullying across digital platforms not  forgetting the fact that social media and digital platforms have the potential inflict secondary trauma. 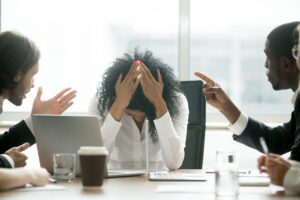 Bullying of any form has the potential to have immediate, medium and long term psychological and physical effects to those involved including those  who witness such acts. The rise of the phenomenon of bullying has gripped the attention of the South African society in the year 2021, although bullying has existed for many years. The story of 15-year-old Lufuno Livhuwani, a schoolgirl from Limpopo, who committed suicide after a video of her being bullied was circulated was on social media gripped the nation. This brought to the forefront the underbelly and long simmering phenomenon which has not been addressed in society.

Our communities is now further gripped by the suicide of  Lathitha Nako, a Bhisho schoolgirl,who has committed suicide as a result of bullying. Many instances of bullying exist and many do not make it to mainstream media ,  with many people still continuing to perpetuate and others falling victim to many acts of bullying.

The  incidents of bullying that have gripped the nation have highlighted the many shortfalls in society in addressing bullying, here are some things to consider in our fight against the phenomenon of bullying:

Legislation on bullying, the many incidents of bullying in society, social media, organisations and schools has highlighted the lack of legislation when it comes to bullying and the need to develop such ,and this legislation needs to be implemented across the board .

Communication, an important aspect to addressing bullying is engagement of all social stake holders in developing solutions.

Counselling services, counselling is an important aspect to addressing and working to minimise the effects of bullying ,and these services can be provided by organisation which are accredited to conduct counselling and professionals trained to conduct such services.