Trauma counseling South Africa – Now is the time to heal As a country we surely can all agree that we have been through a tough time for the last year and a half, faced with a deadly virus much of societies institutions have battled under the pressure that is the pandemic. The loss of loved one, loss of jobs and an overall disparity amongst many has resulted in a state of fatigue and depression.

The pandemic challenged all aspects of a normal life ,however none of us could have anticipated the occurrences of the last two weeks. At the height of the deadliest third wave thus far of the pandemic it seems society furthermore unraveled at the seems, what started off as an effort to keep a former statesman out of prison, escalated into tribal insurgency, political unrest, looting and criminal behaviour, poverty related issues and racial profiling. Highlighting how the South African society post 1994 may still fundamentally be racist, tribalistic and classist. Whichever way we may see it a match was lit and much of the past traumas we may have suppressed showed themselves in an ugly way and we were caught in the eye of the storm. With over 200 deaths reported in a span of only a week between the two provinces and many others injured, these are statistics and although hard to equate statistics to human trauma we can however conclude that many communities in the two provinces experienced a great deal of trauma and many outside the provinces may have experienced secondary trauma. The experience of being in a community where there is violence and a state of lawlessness can be traumatic, for some being racially and profiled in terms of tribes was not an occurrence they have previously experienced and this could invoke traumatic response.

Faced not only by the pandemic but also the violence and looting over the past few weeks has put a strain in the work of trauma centers. Cassey Chambers, the director of The South African Depression and Anxiety group (SADAG) said that they have noted an influx of calls from people who have been directly affected by the looting and violence in the country. Many are feeling overwhelmed and not coping which has triggered a lot of feelings of anxiety and depression. The pandemic and violence has also resurfaced a lot of past traumas in individuals.

There are few options in local communities for free counselling however counselling is a helpful tool in the process of healing. Trauma counselling South Africa is needed if we want to fully heal.

Here are some things to keep in mind in the process of healing trauma:

Often times in the effort to survive and heal our own trauma as adults we tend to overlook children and think that our efforts to protect them from the violence are enough.

Children can experience secondary trauma as a result of a parent traumatic response, and when violence is an occurrence in your community it can be hard to protect your children from seeing that.so have conversations with children around what they have seen, heard and experienced so you can get appropriate help.

Too much information can be a bad thing, there is a lot of media coverage on the violence however constantly watching or listening to such reports can be traumatic itself. Although you may want to be updated do not be consumed by it. 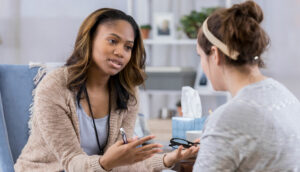 Make use of counselling facilities, many may be under the illusion that once all the overt violence stops then their lives and emotions will go back to normal and that may not be the case. Getting counselling can only be to your benefit, so make use of those free facilities locally and nationally.