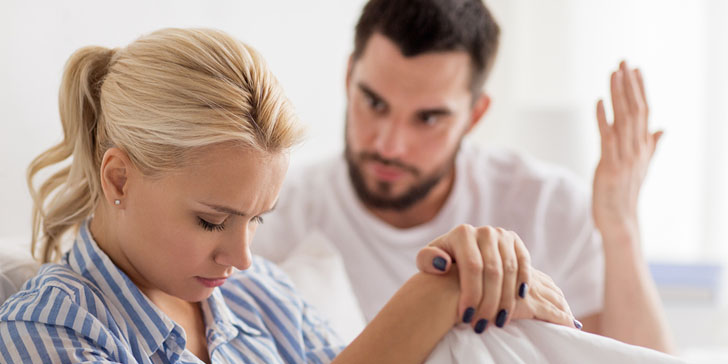 Recognising the Signs of Emotional Abuse.

When we talk about the importance of recognising emotional abuse, it’s essential to note that that this abuse can occur in any type of relationship. From romantic partnerships to parent-child relationships, there are a range of scenarios where emotional abuse takes place. Emotional abuse can also occur between relatives. Emotional abuse involves frequent criticism and verbal threats as well as shaming and bullying. The abuser uses these tactics with the aim of maintaining power and control over the person that they are targeting.

While we’ll mention a few signs of emotional abuse, it’s important to remember that this type of violence has many different forms. If you feel that you are in an unhealthy relationship, it is vital to contact a professional who can offer you support. Check in with yourself and if you are left feeling criticised and hurt by your partner, its best to get the support that you need. If you feel powerless in a relationship, it’s a sign that something needs to change. Feelings of self-loathing and desperation are other signs that you are in an emotionally abusive relationship.

Recognising emotional abuse can be difficult if you have suffered from similar abuse in your childhood. In this instance verbal attacks may have become normalised for you, which makes them more difficult to identify.

Signs of emotional abuse are if your partner/relative/parent:

• belittles you
• tells you that you are too sensitive when you object to their abusive comments
• sets unrealistic expectations that are inconsistent
• threatens you
• calls you names
• tries to isolate you from friends and family
• denies your needs
• makes derogatory comments about you
• makes you feel like you are to blame for their abusive behaviour
• disregards your feelings, opinions and accomplishments
• has a bad temper
• threatens to kill you or themselves
• controls your access to money

The abuser uses these tactics to diminish your self-worth, which can result in a belief that you can’t escape from the relationship or that you won’t survive without the abuser. Recognising emotional abuse is easier once you understand the cycle of abuse. It starts off with abusive behaviour followed by the abuser worrying about the consequences of their harmful behaviour. As a response to the fear of getting caught the abuser tries to rationalise their behaviour or blames you in order to escape taking responsibility themselves. This is followed by normal or charming behaviour to ensure that you don’t leave the relationship. After a period of normalcy the cycle starts again with the abuser resuming their emotional abuse.